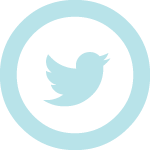 In Case Study
By ravi raju

Customer satisfaction soared when Oklahoma Electric began using Exceleron’s MyUsage Prepay. Customers using the system embraced the opportunity to take more responsibility for their bills and electricity usage. By empowering customers with a prepay option, Oklahoma Electric was able to reduce expensive write-offs without the need to collect large deposits or disconnection fees.

Time and again, Oklahoma Electric found that its pursuit of “financially prudent” business practices often conflicted with its pursuit of high customer satisfaction. A certain segment of its customers regularly had difficulty paying their bills, resulting in costly write-offs for the utility. Under pressure to reduce those write-offs, Oklahoma Electric established very large deposits for new accounts and high fees for disconnections and subsequent reconnections. This created financial hardship for many of the utilities’ customers, and even prevented some potential customers from having electricity in their home.

Furthermore, Oklahoma Electric’s customer service representatives often felt that they had to be “the bad guy.” They disliked handling calls from customers who became angry or desperate while pleading for a waiver of the deposit or trying to reestablish their disconnected service. No one was pleased with the situation, yet Oklahoma Electric needed to secure a large deposit in order to guarantee that it would be paid for the electric service it provided.

Looking to provide alternative payment options to reduce write-offs and increase customer satisfaction, Oklahoma Electric began looking for a prepayment option to offer customers. The utility provider had researched prepay options many times in the past, but was reluctant to implement a system that would require purchasing expensive new technology and hardware.

“Then Exceleron came along,” says CFO Charles Barton, “and said that their platform would integrate with our billing system and meter system to manage the prepay bill on a daily basis.” With nightly meter readings and automatic disconnects, Exceleron’s MyUsage Prepay seemed to be what Oklahoma Electric had been searching for.

Oklahoma Electric rolled out MyUsage Prepay in 2006. Since then, customers’ response to the prepay system has been overwhelmingly positive. A recent customer satisfaction survey found that 85% of the customers who were using pre-pay were “satisfied” or “very satisfied” with the system and 76% would recommend it to others.

Under the new prepay system, Oklahoma Electric found that customers were empowered to take more responsibility for their bills, preferring to make multiple small payments instead of one large monthly payment. If they are unable to pay for electricity, service is cut off automatically, but then it is restored automatically as soon as a payment is made.


“Oklahoma Electric no longer has to be the bad guy. MyUsage Prepay lets the utility provider employees step back from the collection process and put the power in the customer’s hand. The consumers choose how they’re notified, when they’re notified, and what balances they want to maintain. All those things are now in their control.” -Charles Barton, Chief Financial Officer at Oklahoma Electric Cooperative

Jonna Buck, IT Services Supervisor, notes that the use of the prepay system has reduced the volume of calls received from customers who used to request special payment arrangements or argue about service disconnections. “This is a benefit for all customers,” she says,” because now our customer service representatives can provide better service in addressing the needs of our postpaid consumer base.”

Customers who switched to prepay in the first year saw an average reduction of 12% in energy usage. A large majority (85%) of the co-op’s survey respondents said yes when asked whether they had become more conscientious and conservative about their electricity use under the pre-pay system.

Currently about 2,000 accounts have opted for the pre-pay system, and Oklahoma Electric hopes to have 10,000 such accounts in the near future. Barton and his colleagues now regularly tout the benefits of MyUsage to other utility providers. “We for sure think that prepaid is the wave of the future, and Exceleron is a good tool to make that happen,” he says. “We’re very pleased with our decision [to use MyUsage Prepay] and we’re moving forward with it.”

About Oklahoma Electric Cooperative
Founded in 1937, Oklahoma Electric Cooperative is a large, urban electric co-op based in Norman, Oklahoma. With more than 47,000 accounts, the co-op remains committed to its members. Managers pride themselves on operating with integrity and honesty in a financially prudent business manner while providing services that enhance the quality of life for its members.

Smart Prepaid Utilities in the United States: Forecasts and Analysis

This report explores the...